Extraordinary Sea Creatures That Will Amaze You

Do you know what's under the sea? Fish, jellyfish, sharks, and other animals we already know, but do we really know what kind of sea monsters, creepy sea creatures, and mutant fish are found in the ocean? Some deep sea creatures are stranger, more extraordinary and dangerous than you think, and if we compare their size to some creatures we do know, they would look tiny. Many of these aquatic creatures, which have been recently discovered, have been captured on camera in places like the Mariana Trench, and have even been confronted by divers who did not imagine they would encounter unexpected animals. In addition, experts often encounter animals in disguise, camouflaged and hidden, of which we never knew of their existence until that moment. Dive with us into the depths of the ocean and discover the Spooky Marine Creatures That Will Amaze You

You would think that the depths of the ocean are uninhabitable, but the fact that man has not reached that part of the earth does not mean that there is no life. The Antarctic ice fish inhabits the deep waters around Antarctica, where temperatures can drop below 0°. These fish have no color, even their blood is totally transparent. Their blood has no hemoglobin, making them the only vertebrates in the world with this characteristic. In addition, their blood contains an anti-freeze protein, which prevents the blood, and soft tissues, from freezing. Thanks to these abilities, they can live in temperatures below zero, without being frozen.

It may look like any other beautiful and strange decoration of the sea, but this little animal is alive. The Ghost Pipefish has some close relatives like the seahorse and sea grass, but this long and thin fish that floats near the bottom of the ocean does not hunt, it prefers to suck the small bites that pass through its mouth. Its great resemblance to sea grass allows it to keep a low profile so as not to attract the attention of predators. When this little one moves towards a coral reef, for the breeding season, it is able to slowly change color to adapt to its new environment. A small fish with great skills and a unique appearance.

Corals are very important to marine ecosystems. They feed on very small organisms and get additional nutrients from the algae that live in them. In addition, these corals form very large structures called reefs that become home to different types of animals and organisms. But, this particular coral has a strange appetite for small crustaceans, which it traps with small hooks and then wraps them in a membrane to slowly digest them with chemicals. This carnivorous coral, also called harp sponge, lives at the bottom of the ocean, unlike common corals that live in more superficial areas, and has the appearance of a candlestick that allows it to cover a larger area to catch its prey. It is without a doubt the strangest and most frightening coral that exists.

If you thought you'd seen it all, get ready to see this unusual creature. The Goblin Shark was discovered in 1985 in the waters off eastern Australia. In 2003, more than a 100 sharks were seen off northeast Taiwan. But it is not a shark that likes to be famous, its appearance is quite strange and little is known about this species. Like its shark brothers, it has several rows of sharp teeth, ready to catch prey and crush crustaceans. Fortunately, this terrifying shark lives in the deep, which is scary!

The archenemy of this superhero is the Portuguese caravel, a very toxic jellyfish and the only creature capable of dealing with this octopus. Although the octopus is immune to the jellyfish's toxins, when these creatures are in battle, the female octopus can even tear off its tentacles to use them as a weapon. Wouldn't you love to see an epic battle between these two powerful creatures?

- Jellyfish from the Mariana Trench (Medusozoa)

All video provided by audioblocks.com provided under the following license agreement.
https://www.videoblocks.com/license

The material credited below was used with modifications allowed per the publishing of said material under a CC-BY license as described in this link https://creativecommons.org/licenses/by/4.0/
CC-BY - Sea Creatures (Creepy & Extraordinary)(5) #2 MA
https://drive.google.com/file/d/1FT-CyDgjkz5gMlyW2X-yOlgO0FtZeY46/view?usp=sharing

Extraordinary Sea Creatures That Will Amaze You 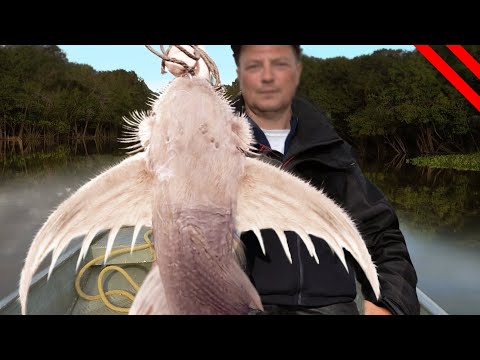 Do you know what's under the sea? Fish, jellyfish, sharks, and other animals we already know, but do we really know what kind of sea monsters, creepy ...